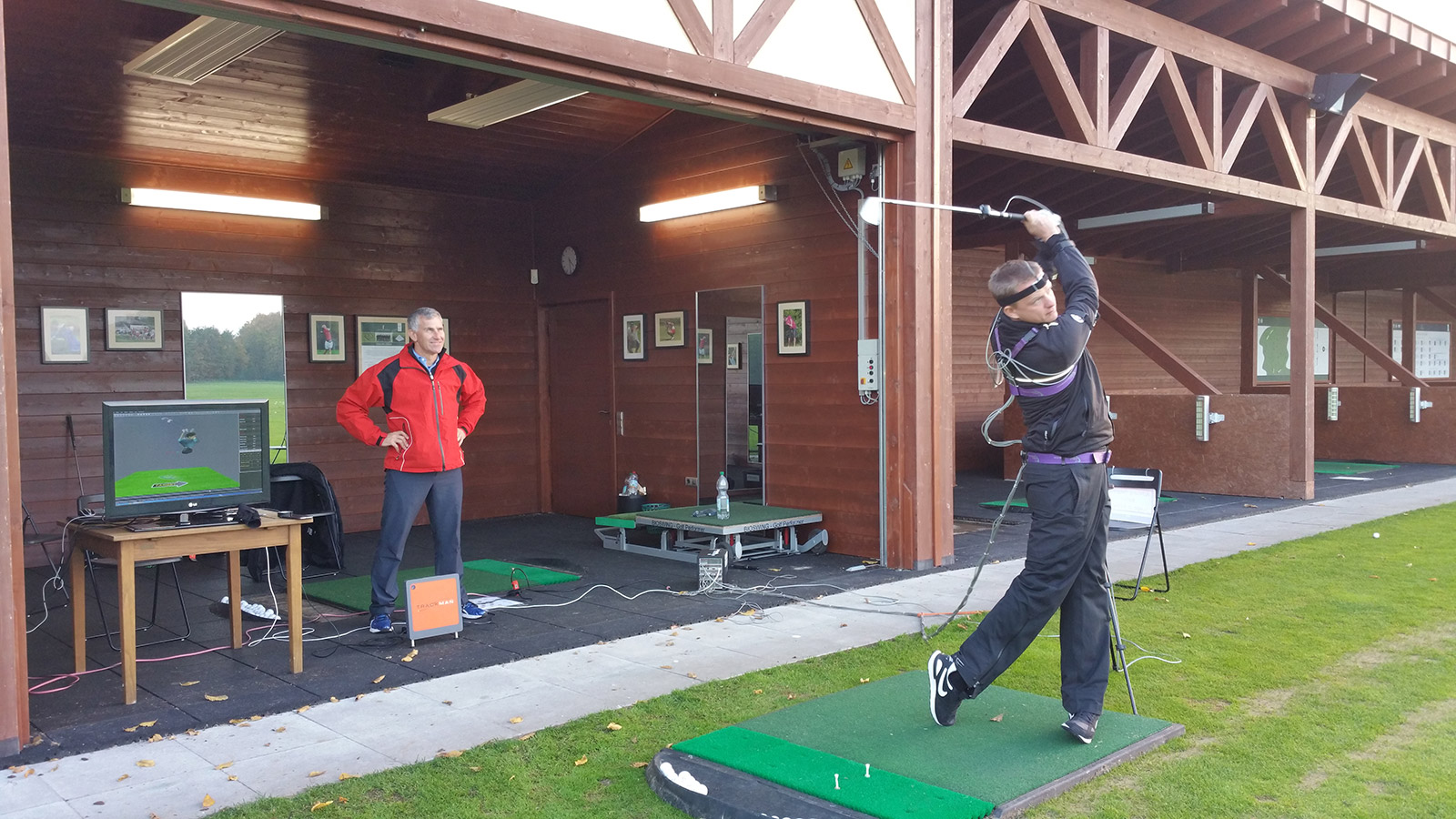 LEADING THE WORLD IN BIOMECHANICS RESEARCH AND APPLICATION

Golf BioDynamics, founded and headed by Dr. Robert Neal, is a company dedicated to providing the best quality information on swing mechanics. We are constantly exploring new ideas and ways of analyzing data so that those who use our technology as well as players who access the coaches in our network get the latest and most scientifically sound advice and experience. Numerous scientific papers have been published in research journals but more importantly, this information has been distilled and written in a form that the golfer and golf coaches can understand and use. We bridge the gap between research and coaching/playing golf.

To investigate all aspects of technique in golf, Dr. Neal has developed, and continues to update 3D motion capture software. The Ultimate System can be used for both applied research work as well as for coaching. It consists of an 8-sensor cabled device (Liberty 8-sensor tracker) with a specifically designed harness for golf (possibly a pop-up to one of the photos of a client in the harness). The Freedom System is a wireless system with three active sensors. It is the best system for the golf coach because it provides flexibility of use, ease of setup but with full 6DOF 3D motion capture. The research conducted by Golf BioDynamics has included full swing, short game (pitching and bunker play) as well as putting. Specific modules in the software were developed by Dr. Neal to allow this research to be completed, including integration with various external hardware including pressure mats and launch monitors.

The ability to translate the research findings into a form that is understandable to the golfer is a hallmark of the Golf BioDynamics systems. One of our often-used analogies is that we measure (accurately) and that provides us with the necessary evidence on which to base an intervention. The coach then uses the information to allow the player to develop the “feels” associated with a different movement pattern. This process defines the philosophy of the company. Measure – don’t guess!

Dr. Neal has worked with hundreds of touring professionals, club golf professionals and teaching professionals. His unique blend of experience in golf coupled with his knowledge of biomechanics and skill acquisition allows him to develop training programs and insights for all levels of players. He modifies the experience every person has by tailoring the sessions to meet the specific requirements of each individual. He uses the 3D technology, analysis, reporting and biofeedback training (coaching) differently depending on a variety of factors including:

For example, with a well-established touring professional, the GBD approach would be to establish the gold standard (technically) for that player and then, over time, ensure that he or she does not deviate markedly from that pattern of movement. For a young player who is about to embark on a playing career, some medium-term goals might be the focus (e.g., increase club head speed; gain better club face control; minimize stress on the lower back or wrist and so forth).

With his recently acquired knowledge on wedge play, many pros are seeking out his knowledge about this aspect of golf so that they can accelerate their skill development in this part of the game. Emphasis here would be on the correct blend or technique of how the body moves and then how it moves the club. 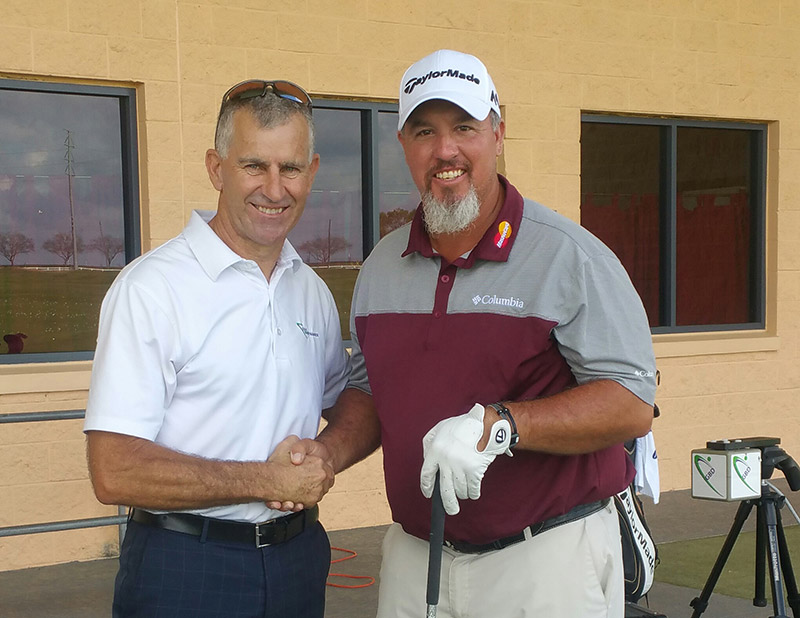 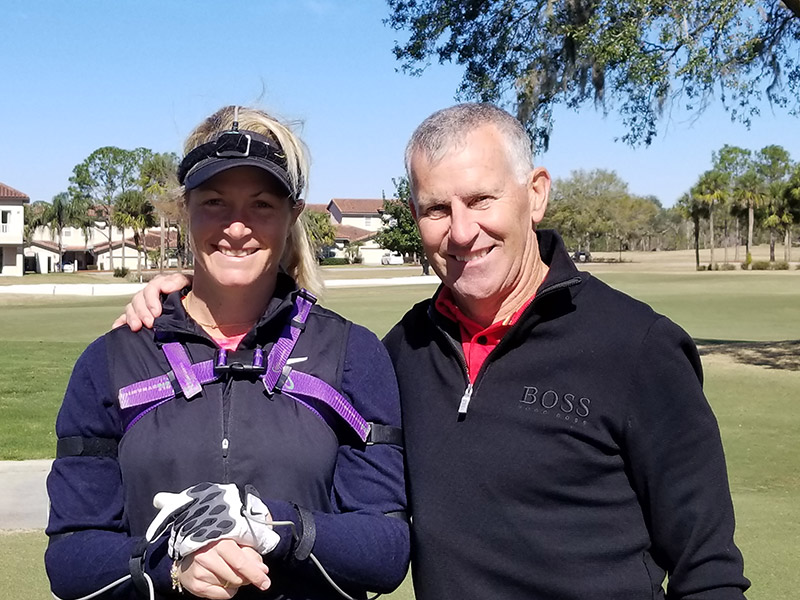 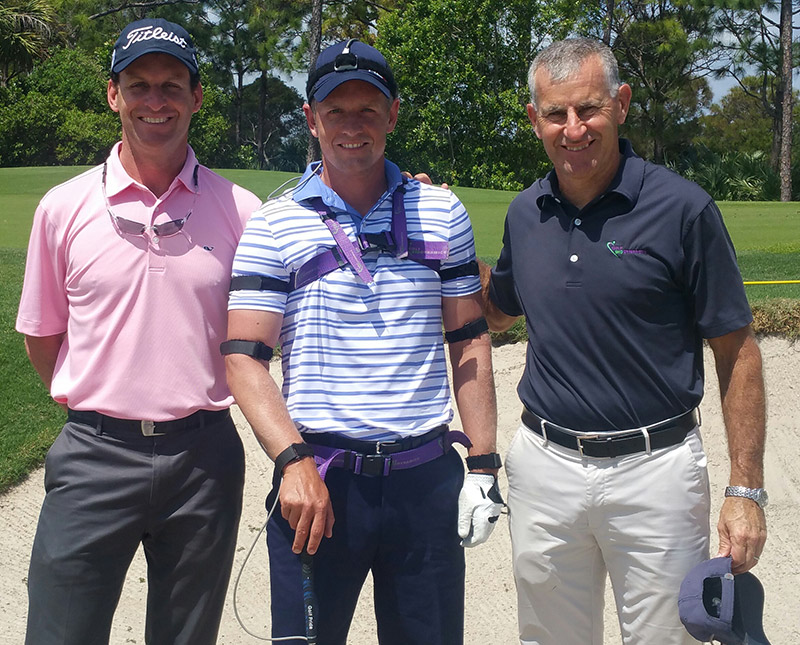 Dr. Robert Neal is the co-founder/CEO of Golf BioDynamics, a company that produces 3D motion capture and analysis systems for golf professionals and golfers. He was a university professor for 15 years at the University of Queensland in Australia, prior to starting his business.

Robert completed his undergraduate education (B.Ed. – Health & Physical Education) in Wollongong, Australia. His initial qualification was as a teacher but after working two and a half years as a primary and then high school teacher, he moved to Queensland where he began his postgraduate education. He completed a Master’s Qualifying degree and his thesis was the first 3D kinematic and kinetic evaluation of the golf swing. He then went on to complete a PhD at the same university this time examining segment interactions in throwing.

After leaving academic life, Rob has developed a strong reputation in the golf industry as a trusted name in biomechanics and motor skill acquisition. He continues to do applied research and has developed tools to allow his hunger for knowledge and understanding to be satiated. He is always open to learning from others and he maintains collaborations with multiple universities in North America, Europe and Australia.

He is a leader in the measurement of golf swing mechanics and the application of theory to golf coaching. His systems of analysis and biofeedback training are cutting edge and he continuously searches for ways to improve the efficacy of golf coaching.

Rob is a high-level amateur golfer having competed in multiple Australian, state and county amateur championships. His best finishes were runner-up in the Australian foursomes’ championship as well as in the Australian sand greens championship. While these days he does not play as often as he would like (what golfer does?!), he still manages to shoot scores in the mid-70’s. He has been a lifelong fitness advocate, so he exercises regularly, riding a bike and working out in the gym.

Ms. Harrison holds multiple formal educational qualifications, primarily in the allied health area, including a Diploma of Applied Science (Podiatry), a Postgraduate Diploma of Science (Human Movement Studies) and the IOC Sports Nutrition Diploma. Over the course of her career, Karen has experienced many different work environments ranging from hospital podiatry, private podiatry, self-employed working as a podiatrist within a busy sports medicine practice, as the marketing manager of Golf BioDynamics and most recently as the Director of Health and Athletic Development at a large junior golf academy. She is also a co-founder of Golf BioDynamics and has been instrumental in its development and growth over the last 18 years.

Her professional objective is to assist in the performance enhancement and general well-being of golf athletes through the application of biomechanics, 3D motion measurement technology, fitness screening assessments, exercise prescription and sports nutrition. She has a strong passion for helping young, developing golfers achieve their goals and can provide a wealth of knowledge and experience in sport and in golf.  The goal of her physical training interventions is to improve the physical literacy of her clients, ensuring that they have fun while acquiring the sound fundamental movement skills and athletic abilities (balance, co-ordination, posture, flexibility, strength and power) that are required to achieve their sporting goals.

While Karen rarely plays golf, she understands the game intimately and can link technique with physical movement skills and athletic development. She has always been physically active herself and lives that philosophy by engaging in both aerobic exercise as well as resistance training regularly. Her recent interest in nutrition ensures that her clients’ and her body are given the best fuel to optimize performance.